LAS VEGAS – After climbing steadily since 2012, local home prices have been hovering this summer, with a report released today by the Greater Las Vegas Association of REALTORS® (GLVAR) showing prices back to where they were in May.

“Our housing market has been cooling off a bit this summer. I wouldn’t say we’ve shifted from a seller’s market to one favoring buyers, but we’re starting to see the scales tilt more in that direction,” said GLVAR President Chris Bishop, a longtime local REALTOR®. “Home prices and sales are starting to soften around the country. Most experts, including NAR Chief Economist Lawrence Yun, have been predicting slower appreciation and more inventory heading into 2019.”

At this rate, Bishop added, “it may be some time before our local home prices surpass their all-time peak, like they have in most markets around the country.” According to GLVAR, the median price of existing single-family homes sold in Southern Nevada peaked at $315,000 in June of 2006. Prices hit a post-recession bottom of $118,000 in January of 2012.

Meanwhile, Bishop said the housing supply increased in August, which he called good news for potential buyers. However, he said Southern Nevada still has less than a two-month supply of existing homes available for sale when a six-month supply would be a balanced market. By the end of August, GLVAR reported 5,818 single-family homes listed for sale without any sort of offer. That’s up from July and up 12.8 percent from one year ago. For condos and townhomes, the 1,184 properties listed without offers in August represented a 73.4 percent increase from one year ago.

GLVAR reported that 24.8 percent of all local properties sold in August were purchased with cash. That compares to 25.8 percent one year ago. That’s well below the February 2013 peak of 59.5 percent, suggesting that cash buyers and investors are still active in the local housing market, but have been playing a much smaller role than they were five or six years ago.

The number of so-called distressed sales continues to drop. GLVAR reported that short sales and foreclosures combined accounted for just 2.5 percent of all existing local home sales in August, down from 6.1 percent of all sales one year ago.

These GLVAR statistics include activity through the end of August 2018. GLVAR distributes statistics each month based on data collected through its MLS, which does not necessarily account for newly constructed homes sold by local builders or homes for sale by owners. Other highlights include:

GLVAR was founded in 1947 and provides its more than 14,000 local members with education, training and political representation. The local representative of the National Association of REALTORS®, GLVAR is the largest professional organization in Southern Nevada. Each GLVAR member receives the highest level of professional training and must abide by a strict code of ethics. For more information, visit www.LasVegasRealtor.com. 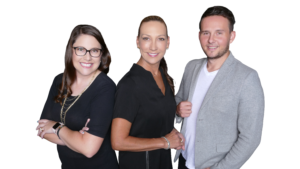 Our professional staff is passionate about our clients’ goals, and aim to treat each client as if they were our only one. Together, your next real estate experience will not only be enjoyable but also produce great results! Please feel free to give us a call, or send an email anytime and we will contact you as soon as possible.